The definition of the word 'illusion' is described as 'deceptive appearance' in Chambers Dictionary. Magicians and conjurors create their magic with illusions, such as producing rabbits from top hats, making impossible things float in the air and then disappear altogether.

My illusions aren't nearly as exciting but they certainly have deceptive appearances. Here is an example from Mascot Dolls. 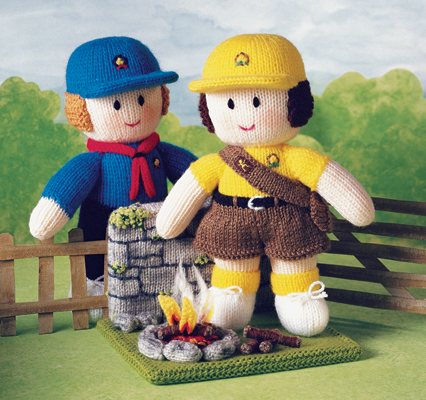 The Guide and Brownie dolls are wearing baseball caps. From the photograph it looks as though two knitted pieces are required - one for the crown piece and one for the peak. Before starting on one of the dolls, some knitters have searched for the two patterns, couldn't find any instructions for the crown and pointed out this 'error'. This is what happens when assumptions are made about the construction of any of my designs, by just looking at the photographs.

After knitting the head section, the required colour for the cap crown section is joined on and the pattern continues to the top of the head. When the doll is stuffed and the hair piece and the peak are added, the illusion of the baseball cap is complete. It is an extremely simple process which works perfectly.


Here is Samuel Sprout, the greengrocer in Little Dumpling Dolls - The Village Men. 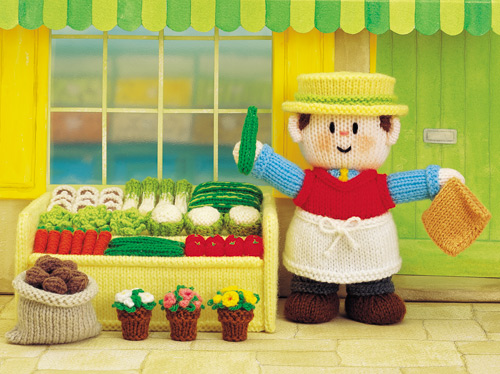 According to the photograph, Samuel is wearing a blue shirt with collar and cuffs. He is also wearing a red sleeveless pullover on top of the shirt. But there aren't any instructions for a 'pullover'. This is how the illusion works.

First the doll's upper body section is knitted in red yarn. When the matching neck and armhole edgings are knitted and sewn on, the pullover looks exactly like a separate garment.

As well as illusions, there are some other puzzling pieces in my designs, which when knitted don't bear any resemblance whatsoever to the finished items in the photographs. Two are shown below. 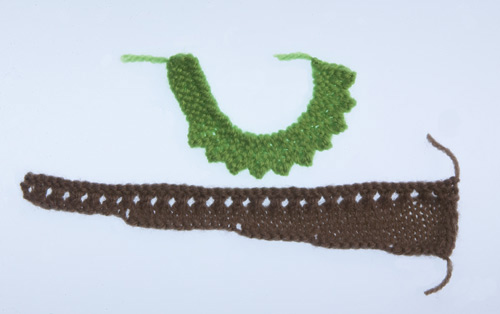 The green piece ends up as a lettuce on Samuel Sprout's stall and the brown piece turns into a realistic pine cone featured in Christmas Special. 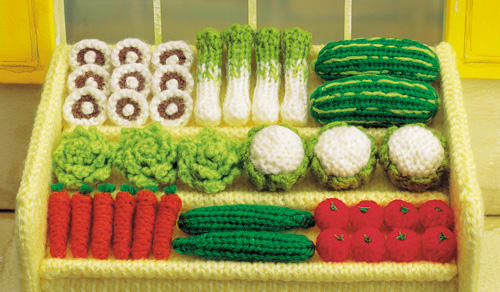 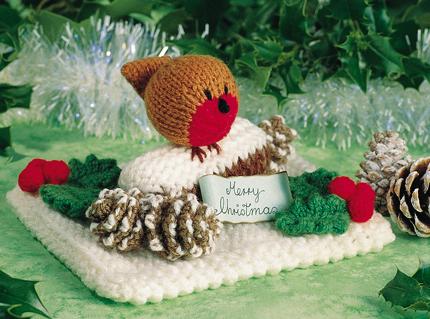 In each case the abracadabra magic only happens when the pieces are sewn up.

So my advice is this. Have fun guessing how any of my dolls or toys are constructed when looking at the photographs, but don't rely upon guess work. Just follow the instructions and hey-presto - all will be revealed!